Bea Mintz: The Pioneer of Transgenics—and So Much More - NFCR

Bea Mintz: The Pioneer of Transgenics—and So Much More 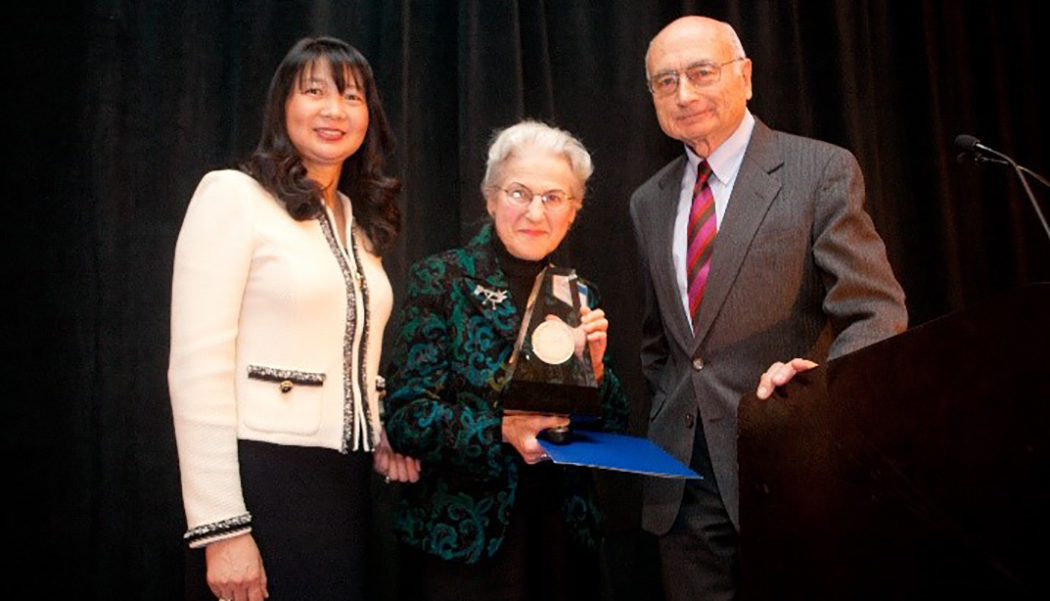 Changing a cancerous cell into a normal cell would seem to be the very definition of a holy grail: a lofty goal that is all but impossible to achieve. And yet, it has already been done.

It was 1975 when the seminal work of Dr. Beatrice (“Bea”) Mintz showed how the stem cell of a teratocarcinoma (a cancer of the testis) is effectively “reprogrammed” into a normal cell when injected into a mouse embryo, with the result being a healthy mouse with no trace of cancer.

The implications of the discovery, later to be dubbed “transgenics,” were earthshaking—literally creating whole new oncology disciplines and venues of study. It was for this that Mintz, of the Fox Chase Cancer Center in Philadelphia, won the National Foundation for Cancer Research’s Szent-Györgyi Prize for Progress in Cancer Research in 2011.

Due to her advanced age, Mintz could not participate in the development of this article. But it goes to show her continuing impact in the field that so many peer cancer research experts are quite ready to testify to her brilliance. Contributing most willingly to this profile is her colleague Jonathan Chernoff, M.D., Ph.D., Fox Chase’s current scientific director. All references, however, are beaming in their praise of her brilliance—and insistent on her toughness.

“She has very high standards,” says Chernoff, who first met Mintz when he first interviewed at Fox

Chase in the 1990s, and not only earned her respect but learned that her respect is not something easily won. “Winning the Szent-Györgyi Prize, she was very pleased, because she really respected the other winners. To be a part of that group made her very happy.”

It was a well-deserved recognition for a woman that changed science. Leaving her teaching job at the University of Chicago for a research position at Fox Chase in 1960, Mintz set out to answer biology’s most fundamental questions: How can a complex individual result from so limited a number of cells: namely, an egg and a sperm. And how do these cells later go on to become so diverse?

The do-it-yourself Mintz pulled off a number of firsts, starting with combining embryo cells of genetically different mice. But it was when she added teratocarcinoma stem cells to monitor cancer’s progression that things began to snowball. To her surprise, the cancer cells normalized, with the implication being that the teratocarcinoma stem cells were chromosomally normal and had to be induced to be cancerous.

“So,” Chernoff sums, “Bea is the founding scientist for at least three major disciplines.”

Chernoff explains how Mintz firstly demonstrated the importance of stem cells to the development of an organism. While today that notion is a given, when Mintz made the connection in the 1960s it was a major shift in medical thought and theory. Secondly came her revolutionary work with teratocarcinoma, and thirdly, Mintz developed the first transgenic mice—that is to say, mice with foreign (often human) DNA as part of their makeup. This constituted a huge leap forward in the current cancer mouse models that examine the biology of cancers and the drugs to cure them.

Transgenics would later blossom into multi-million dollar industries, not only in medical science but also in animal husbandry and agriculture: Crops genetically modified to resist drought or pests are direct descendants of Mintz’s work on mice in the lab.

“She was always interested in ‘big problems,’” says Chernoff.  “She did a lot of great things. There’s not going to be another Bea Mintz for a long time.”

Your ticket for the: Bea Mintz: The Pioneer of Transgenics—and So Much More

Bea Mintz: The Pioneer of Transgenics—and So Much More