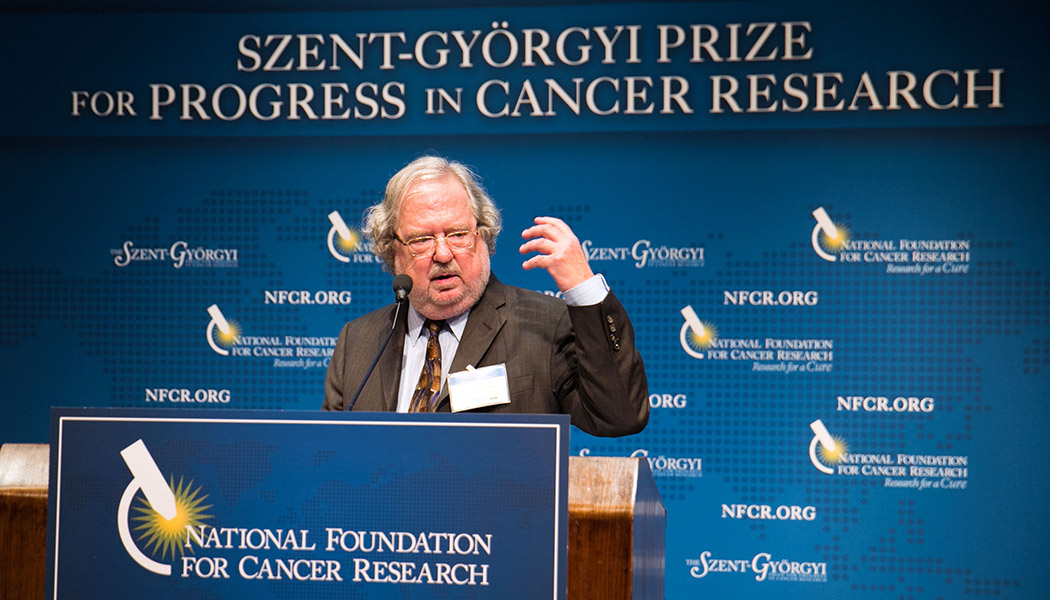 “How wonderful that we have met with a paradox. Now we have some hope of making progress.”

The words of acclaimed physicist Niels Bohr can be thought to apply to the somewhat counterintuitive notion that by engineering an element of the human body’s wondrous natural defense network to disengage, wellbeing can be achieved rather than denied. But it is such skillful manipulation of the immune system which in 2011 led the U.S. Food and Drug Administration (FDA) to approve the first drug shown to significantly extend survival for patients with late-stage melanoma. Perhaps even more significant, approval of Bristol-Meyers Squibb’s Yervoy (ipilimumab) represented the turning point in the development of the field of cancer immunotherapy, proclaimed only two years later by Science magazine as its “Breakthrough of the Year.”

The person cited in that article and by many other similarly authoritative sources as most responsible for cancer immunotherapy’s emergence is James Allison, Ph.D., chairman of the Department of Immunology at The University of Texas MD Anderson Cancer Center, winner of the 2014 Szent-Györgyi Prize for Progress in Cancer Research and now the winner of the 2018 Nobel Prize in Physiology or Medicine. Despite decades of attempts by the world’s cancer research community to harness powers of the immune system to attack tumors, few advances had been achieved prior to Allison’s stunning realization of these efforts.

From Beginning to End

He, along with others, was the first person to show that a protein receptor on T cells, the enforcers of the human immune system, acts as a “checkpoint” to shut down immune response. Allison too later developed an antibody that unleashes the immune system to attack cancer by blocking the immune checkpoint molecule CTLA-4, and conducted extensive preclinical work showing that blockade of CTLA-4 could lead to rejection of many types of tumors. It was this research which led directly to the development of Yervoy.

While mainstream cancer treatment has for decades focused on radiation therapy and chemotherapy, Allison’s trailblazing work in immunotherapy has opened up a new front. For these extraordinary achievements, Allison was awarded by the National Foundation for Cancer Research (NFCR) its top Prize at a ceremony in Washington, DC. The recipient’s momentous contributions in the fight against cancer and his extraordinary leadership in the modern era of oncology were recognized by the accolade—recognized before other of the winner’s many honors such as the prestigious Lasker Award and Nobel Prize in subsequent years, a product of NFCR’s ever forward-looking vision.

“I am honored to receive this distinguished award from the National Foundation for Cancer Research for my work in immunology,” said Allison upon being named the Prize’s winner. “It has been an encouraging journey thus far, and I am humbled to share this prize with the previous winners. The most important reward, however, has been the number of lives being saved using anti-CTLA-4 treatment and the prospect of more to come as checkpoint blockade develops as a major therapeutic approach to cancer.”

Indeed, FDA approvals following that of Yervoy for other cancer drugs acting upon the checkpoint inhibition strategy which Allison pioneered have been granted. These treatments act on other proteins beside CTLA-4, namely PD-1 and PD-L1. Too showing promise are other potential therapies tied to those three, along with IDO1 and additional enzymes. According to the May 2018 report of the Pharmaceutical Research and Manufacturers of America (PhRMA), Cancer Medicines: Value in Context, in the U.S. alone there are 45 unique checkpoint modulator drug candidates undergoing clinical trials or for which applications have been submitted.

Nothing “Basic” About It

Various contributions by Allison in the 1980s and 1990s were essential to the latter development of both ipilimumab, specifically, and the checkpoint blockade strategy, broadly. This captures the essential nature of basic cancer research—support for which being NFCR’s core mandate.

The 2014 Szent-Györgyi Prize winner directly called attention to the profound connection between basic research and advances in medicine in his award acceptance speech, noting “the importance to fund fundamental research in order to lead to discoveries that can also lead to development of strategies for therapies for patients.”

Such “tenacity of purpose,” the phrase used earlier that evening by NFCR CEO Franklin Salisbury, Jr., certainly describes Allison’s defiance of an earlier prevailing pessimism that immuno-oncology might never pan out. A skilled blues musician whose band, the Checkmates, plays MD Anderson fundraisers and, occasionally, other Houston-area venues, this scientific luminary truly brings hope, inspiration and light out of the darkness. With over 1,000 cancer immunotherapy clinical trials now underway globally, Allison certainly has “set the stage” for this most promising of fields.

Your ticket for the: James Allison: The Main Act