Cancer Survivor and Caregiver Has Supported NFCR From the Start

Here from the Beginning 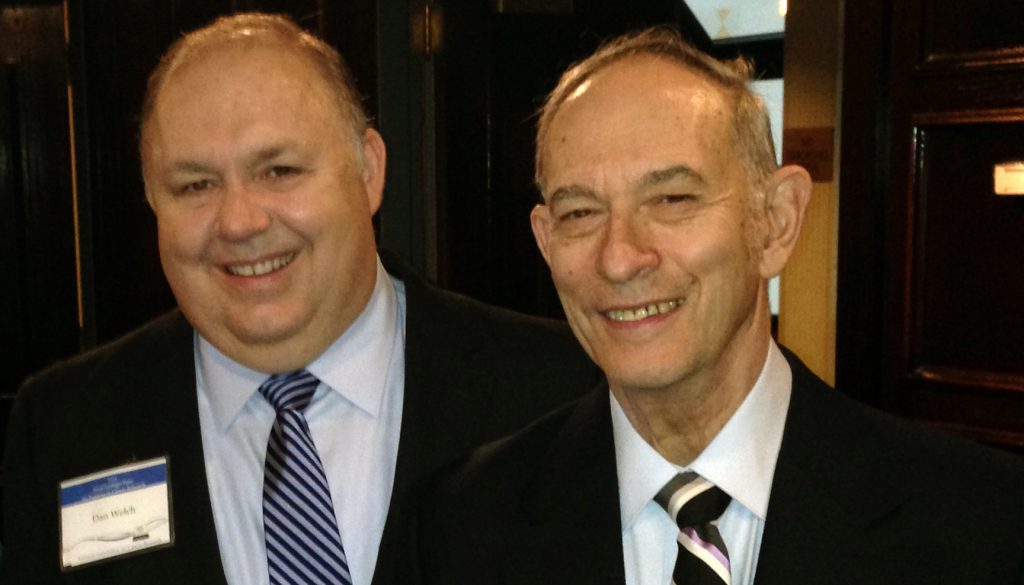 Anthony Pratt fondly recalls his days as a student at Brooklyn College, the namesake institution nestled inside the New York City borough that he has lived in all of his life. He was captivated by the multifaceted science courses comprising his studies—bacteriology, zoology, physiology, oceanography and biology, among them. One of the lessons in particular stood out to him—learning about the work of Albert Szent-Györgyi, a Hungarian biochemist who had won the Nobel Prize in Physiology or Medicine in 1937.

Anthony went on to teach high school biology and math, sharing his love of the sciences with future generations. Throughout his career, and well past his 1991 retirement, he never stopped following cancer research. The disease has struck many members of his family and himself. Anthony’s mother and grandmother experienced breast cancer, and he and his brother have both been diagnosed with melanoma and other forms of skin cancer.

“My mother had a mastectomy, but she survived for 25 years and it came back. This happens often. One doesn’t know,” says Anthony. “In my family, cancer has been quite prevalent. I personally have had three different types of skin cancer—which have been treated, and there’s no problem now.”

Anthony’s mother passed away from breast cancer, and shortly after that he knew that he wanted to honor her and the lives of others in his family who had battled cancer. Resonating most strongly with his training, career and ever-present curiosity, he soon decided that he would do so by donating to research.

It was one morning in 1973, shortly after’s his mother’s death, that Anthony opened up a Long Island newspaper. Therein he saw Szent-Györgyi’s picture alongside an article about the creation, that same year, of the National Foundation for Cancer Research. Immediately, he knew that this was exactly what he wanted to support.

“I remembered Dr. Szent-Györgyi’s work from my college studies. So I wrote to him to explain that I would like to give, and he put me in touch right away with other folks at NFCR—which he had just co-founded,” Anthony fondly recalls. “That was 45 years ago, and I’ve been donating ever since.”

Anthony is focused on cancer research, as he believes that through the work of brilliant scientists, treatments and cures are upon the horizon. Much of his motivation to donate comes from the very personal experiences he’s had as a cancer survivor and as a former caregiver to his mother and grandmother.

“In 2014, I met (2018 Nobel Prize winner) James Allison in Washington D.C., at NFCR’s Szent-Györgyi Prize ceremony, and have since focused on the idea of immunology as cancer treatment,” states Anthony. “I also watch the research of (NFCR Fellow) Dr. Danny Welch, who studies metastasis, which is the cause of most deaths in cancer.”

Every month, Anthony and his wife Marjorie browse NFCR and other cancer research brochures, focusing closely on various scientists and areas of research that he finds most progressive and exciting. He speaks excitedly and knowingly of such varied fields as metastasis, genetics, immunology, pediatric cancer and operative techniques.

“I will continue to support cancer research. I feel it’s one of the things that are very important. Progress is being made but it doesn’t go like lightning. It’s slow, steady and strong,” reflects Anthony.

These words truly underscore the importance of NFCR’s longtime commitment to cancer research. To have them said of our organization by a donor who has literally been with us since the beginning, is as special as is the man who speaks them.

NFCR thanks Mr. Pratt for his Fall 2018 interview

Your ticket for the: Here from the Beginning

Here from the Beginning