Mary-Claire King: Sharpshooter with Breast Cancer in Her Sights - NFCR

Mary-Claire King: Sharpshooter with Breast Cancer in Her Sights 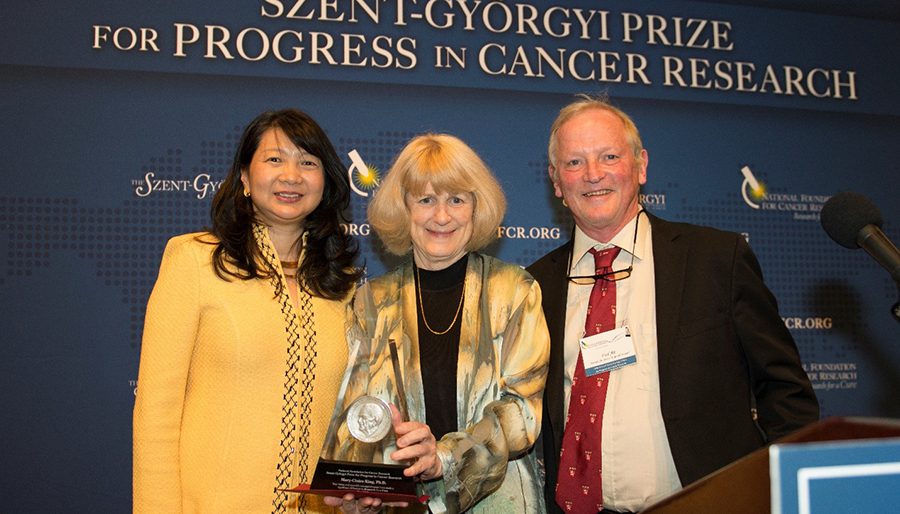 Cancer is complex. “Simple” is the last word that either layman or scientist would use to describe virtually any aspect of the disease. However, simply put, the health prospects of women worldwide have improved as a result of the laboratory work of Mary-Claire King, Ph.D., winner of the National Foundation for Cancer Research’s 2016 Szent-Györgyi Prize for Progress in Cancer Research. Her identification of the characteristics of a specific gene—BRCA1—as an overwhelmingly telling breast and ovarian cancers risk indicator, has provided females, their families and their doctors with the ability to make vastly better informed disease prevention decisions.

“BRCA1 is a gene that repairs breaks in DNA,” explains King. “Inherited mutations in BRCA1 that destroy this function lead to extremely high risks of breast and ovarian cancers.”

King’s research into and discovery of BRCA1 made genetic screening for breast and ovarian cancers possible, giving medicine the ability to nip cancer in the bud before it has a chance to materialize in an individual. Under ordinary conditions, BRCA1, which is both a gene and its protein product, is actually a tumor-suppressant. BRCA1 naturally occurs in breast tissue, repairing damaged DNA or triggering cell death if the damage is too great. However, if the BRCA1 gene itself is damaged, its healing ability goes haywire, with cancer often being the result.

While it is now common knowledge that cancer can run in families, the disease was earlier thought to exclusively be a result of the environment—that is, something from outside the body: non-endogenous. However, King questioned that theory when she noticed that breast cancer, in particular, could “cluster” along family lines, suggesting a genetic link. At the time, genetics itself was in its infancy.

“By the 1970s, when I began to develop my own research interests, I learned that breast cancer clusters in families far more significantly than could be explained by chance. Yet there did not seem to be an environmental or lifestyle cause of that clustering,” recalls King. “I developed the hypothesis, first mathematically, then using genetic approaches, that clustering of breast cancer in some families might be due to inherited mutations in a then-unknown gene. My hypothesis was proven correct by my chromosomal mapping of the still-unknown gene and ultimately by identifying its DNA sequence and the mutations in it that led to breast and ovarian cancer.”

The Earlier, the Better

It is difficult to understate the profundity of Dr. King’s discovery, which was demonstrated fully in 1990. Because of her, a whole new and remarkably effective route of cancer prediction became possible, undergirded by genotype-based breast and ovarian cancers screening done via a blood sample. As a result, individuals ascertained to have inherited mutations in BRCA1 can now take preventive measures to breast and ovarian cancers before even the earliest of tumors set in. It was a fundamental step in the understanding of cancer, and changed the face of cancer prevention, screening, diagnosis and treatment.

King, a professor at the University of Washington, is quick to stress that BRCA1 is not the be-all and end-all of cancer-promoting genes. She reminds that inherited BRCA gene mutations (which includes those of BRCA1 and the unrelated BRCA2) are responsible for up to “only” 10% of breast cancers and about 15% of ovarian cancers. Since her initial discovery, breast cancer has proven to be the result of several distinct causes that can have very profound implications on treatment down the line.

As for her Szent-Györgyi Prize win, King says, “It is a very highly regarded prize as the result of the people who have won it over the years. It is an honor to be in this group.”

It is a humble remark from someone who has improved the entire landscape of women’s health.

Your ticket for the: Mary-Claire King: Sharpshooter with Breast Cancer in Her Sights

Mary-Claire King: Sharpshooter with Breast Cancer in Her Sights 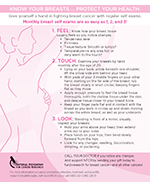