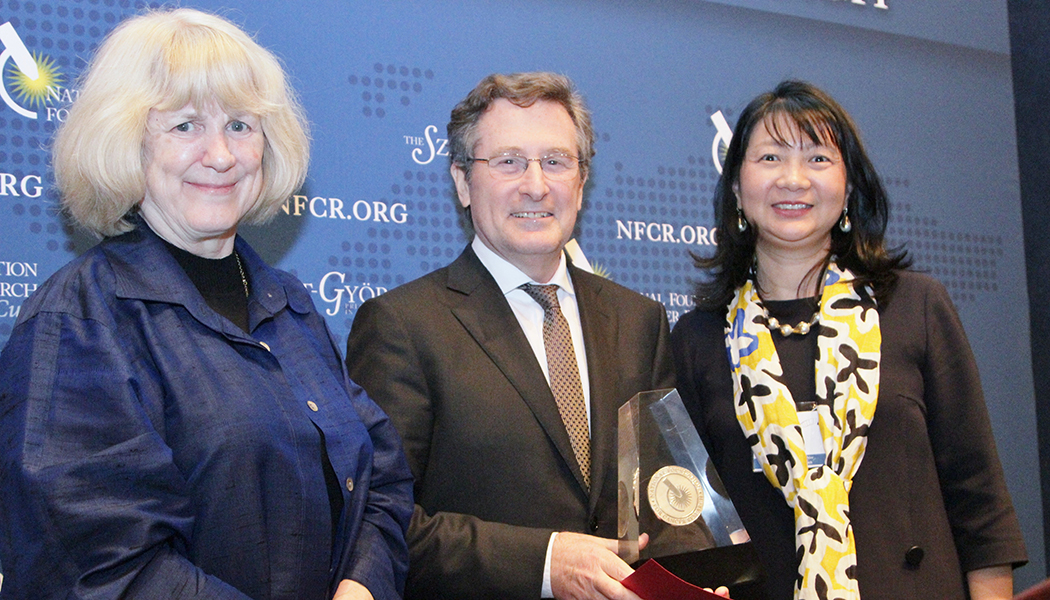 The discovery of rapamycin in 1972 did not create major waves in the oncology community. But in 1989, Michael N. Hall, Ph.D., took a second look, screening yeast cells for rapamycin resistance. That led to the discovery of TOR, or “Target of Rapamycin,” and one of the most profound paradigm shifts in medical science.

“TOR is a highly conserved, nutrient-activated protein kinase,” Hall explains. “More importantly, it is a central controller of cell growth.”

The Benefits of Regulation!

And not just cell growth; this kinase (a specialized enzyme), also called mTOR, is in fact very busy in the body. TOR is linked to cell proliferation, motility, protein synthesis, cell survival and orderly death, and takes a role in the first steps of gene expression. The enzyme has a hand in insulin activation and control of the actin cytoskeleton. Perhaps because it has so many functions, it is understandable that so many things can go wrong when TOR malfunctions. Cancer, diabetes, cardiovascular disease and obesity all have causes linked to the misregulation of TOR. Of all those maladies, highest on Hall’s list is the relationship between cancer and TOR.

“With the realization that TOR controls growth and metabolism, the importance of targeting… mTOR pathways increased,” says Hall. “The state of cancer research was quite advanced at the time we discovered TOR. What was not advanced was our understanding of cell growth control and thus how this could be targeted to treat cancer.”

Therefore, it should come as little surprise that Hall is the 2017 recipient of the prestigious Szent-Györgyi Prize for Progress in Cancer Research. Established in honor of National Foundation for Cancer Research co-founder Dr. Albert Szent-Györgyi, Ph.D. (who received the 1937 Nobel Prize for his study of vitamin C and cell respiration), the yearly award is a symbol of the organization’s enduring commitment to uphold Dr. Szent-Györgyi’s vision of curing cancer through innovation and collaboration. The Prize, bestowed to those scientists who made an original discovery or breakthrough, serves to highlight the essential role basic research plays in understanding cancer.

“The award of the 2017 Szent-Györgyi Prize to Dr. Hall is a wonderful recognition of his breakthrough discovery of TOR which has made possible many of today’s advanced anti–cancer therapies,” proclaimed Dr. Sujuan Ba, NFCR President. “His pioneering research is a great example of how laboratory research at the fundamental stage can impact cancer treatment and care for many patients around the world.”

But Hall demurs, saying only, “I am extremely honored, particularly when considering the previous laureates.”

The humility is disarming, and (as those who know him well confirm), genuine. But the man is a veritable prize-magnet: the Cloëtta Prize for Biomedical Research (2003), Louis-Jeantet Prize for Medicine (2009), Marcel Benoist Prize for Humanities or Science (2012), Breakthrough Prize in Life Sciences (2014), and the Canada Gairdner International Award (2014) all adorn his résumé, as do others. Hall is also a member of the U.S. National Academy of Sciences, and Professor of Biochemistry at Biozentrum of the University of Basel, Switzerland, for those counting.

The fruits of Hall’s discovery are plain. Today, TOR inhibitors are used to treat kidney, breast, brain and pancreatic cancers, and numerous clinical trials are currently underway testing TOR inhibitors in the treatments of many types of cancer. Thousands of lives have been saved. But, knowing full well that nothing wilts faster than the laurels you rest on, Hall continues his work unabated, prizes or not.

“There are many new treatment strategies to be identified and exploited,” he says. “Among these are the needs to identify pathways that mediate evasive resistance to targeted cancer drugs. Once such secondary pathways are identified, they can also be blocked to prevent resistance.”

The 2018 Szent-Györgyi Prize Ceremony takes place Saturday, May 5th, in Washington, DC. Following tradition, Hall, as last year’s winner, will present the award to this year’s winners, Douglas R. Lowy, M.D., and John T. Schiller, Ph.D. for their development of vaccines for the human papillomavirus.

NFCR thanks Dr. Hall for his Spring 2018 interview

Your ticket for the: Michael Hall: TOR de Force