On Friday, June 16th, our Play4TheCure team made the third stop on the Summer Series tour visiting the Potomac Nationals. The Potomac Nationals are a Single-A affiliate of the Major League Baseball team, the Washington Nationals based in Woodbridge, VA. Similar to our game with the Frederick Keys, we were able to sponsor a specialty jersey with all proceeds benefiting Play4TheCure. What made this night so fun was all the elements on the day targeted to engage fans of all ages. 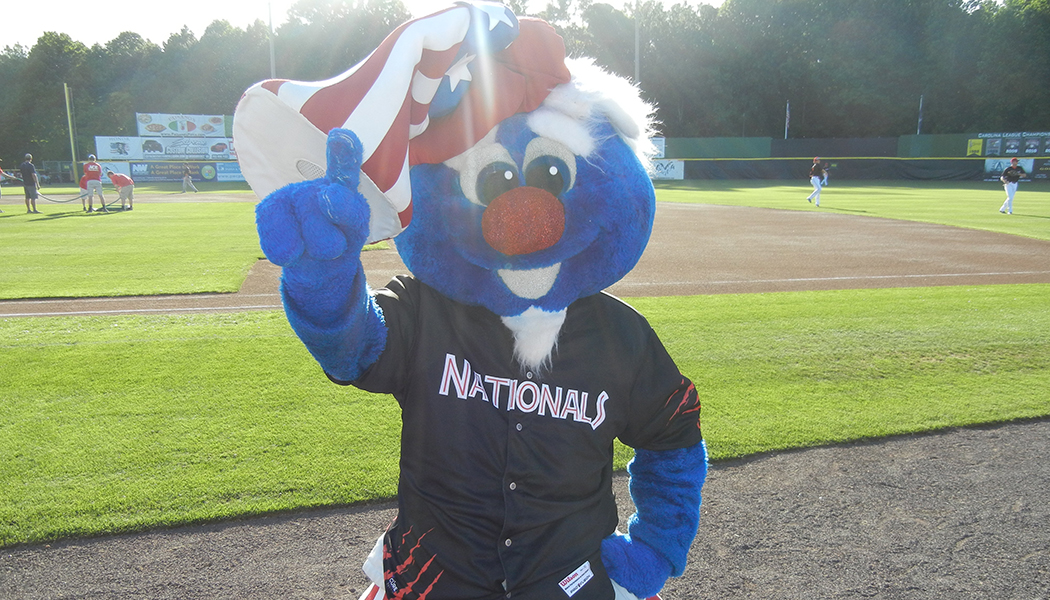 IT’S FUN TO BE A FAN

In a league dominated by wacky promotions, the Potomac Nationals distinguish themselves each year as one of the best. In 2017, the affectionately nicknamed P-Nats won the Carolina League’s Marketing & Promotional Excellence Award for their promotions. Our visit was a part of the celebration of the 25th Anniversary of Jurassic Park. As such, the team wore custom Jurassic Park jerseys and decorated the ballpark with dinosaur-themed nostalgia. All around the ballpark were raptor warning signs, dinosaur footprints, and even a dinosaur sighting. Instead of the typical player profiles featured on the jumbotron, players’ images were replaced with images of dinosaurs.

Though this event was in honor of the original Jurassic Park film, the timing could not have been better. The game occurred a week before the new installment of the next generation of Jurassic, Jurassic World: Fallen Kingdom, debuts. Consequently, giving the P-Nats the opportunity to raffle-off a full set of Jurassic Park DVD’s.

Also appealing to the older generation of fans, baseball legend Jose Canseco was in attendance for their celebrity autograph series. As soon as gates opened, the line to meet him looped around several corners of the ballpark. Luckily, there was live music in the park to keep the fans entertained. 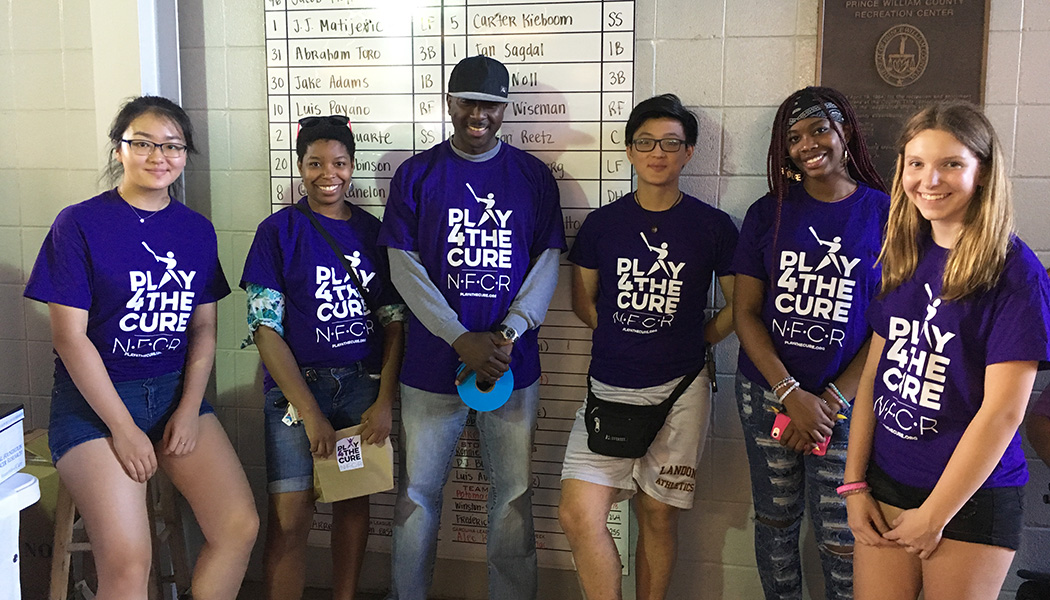 With us, we had a team of volunteers to host a 50/50 raffle and serve as ambassadors for the night. We introduced them to NFCR and explained what Play4TheCure was so they we’re able to answer fans’ questions throughout the night. Because of the number of people on board, we were able to set people in pairs. Together, they would focus on different sections of the stadium and encourage fans to participate in supporting to cancer research. We sold tickets for $1/ticket, $5/6 tickets and $10 for an arm’s length. The winner of the 50/50 raffle was able to take home $383.75 and donated a portion of his winnings back to research.

Due to the extra support, we were able to host a prize wheel again while also featuring a mini silent auction. NFCR development staff joined us to talk with fans more in-depth about the research we support.

All-in-all, we had a great time partnering with a new Minor League Baseball team in the area. Hopefully, we encouraged more athletes to get involved with Play4TheCure in the process! If you would like to get your team involved with giving back to the cancer research community, visit our registration page at Play4TheCure.org.