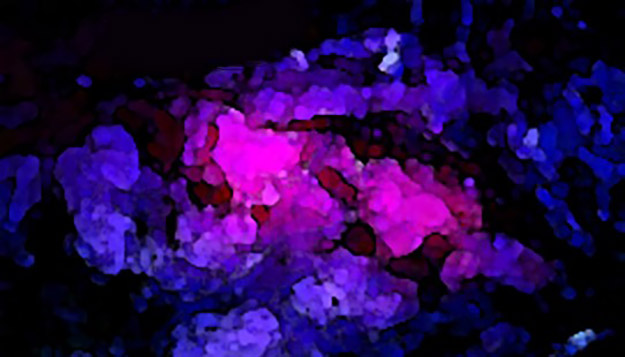 Approved in June 2017 by the U.S. Food and Drug Administration and launched commercially in-country in October 2018, 5-Aminolevulinic Acid (also known as 5-ALA, and composed of aminolevulinic acid hydrochloride) is an optical imaging agent for use in patients with high-grade gliomas. Nicknamed the “pink drink,” 5-ALA is a surgical intervention drug given to brain cancer patients ahead of their surgeries that makes brain tumor cells illuminate a hot pink color under fluorescent light.

“Gliomas are difficult to treat with survival times often measured in months rather than years,” explains Dr. Kathreena Kurian, an associate professor in brain tumor research at the University of Bristol in the United Kingdom. “Many patients are treated with surgery and the aim is to safely remove as much of the cancer as possible. Once a tumor is removed, it is passed on to a pathologist who examines the cells under a microscope to see if they are ‘high-grade’ fast-growing cells, or ‘low-grade’ slower-growing cells. And we can plan further treatment, such as radiotherapy or chemotherapy, based on that diagnosis.”

This new therapy holds particular promise for people with diffuse infiltrating gliomas (DIGs), particularly the cancer’s most aggressive form, glioblastoma multiforme (GBM). Glioma is a common type of tumor originating in the brain—about 33 percent of all brain tumors are gliomas, which originate in the glial cells that surround and support neurons in the brain. DIGs are currently recognized as the second most common primary central nervous system neoplasm and account for 80% of primary malignant gliomas, among which, GBM is the most common primary tumor of the brain.

Traditional treatment is resection of the tumor. However, physicians have historically been stymied by insufficient or incomplete identification of tumor tissue during surgery, which leads to recurrence and the abysmal survival rate of one to two years on average. Aided by the brilliant pink hues induced by 5-ALA, doctors may be able to assure that all of the glioma is removed.

“We wanted to see if using a fluorescent marker could help surgeons objectively identify high-grade tumor cells during surgery, allowing them to remove as much cancer as possible while leaving normal brain tissue intact,” said Kurian.

5-ALA is a natural metabolite in the human body that is produced within the hemoglobin metabolic pathway. When taken as an orally-administered drug, 5-ALA has shown high degrees of penetration of not only the blood-brain barrier but also interface with brain tumors. No other known oral agent is available for fluorescence-guided surgery which can accumulate within malignant brain tumors and surrounding infiltrating cancer cells outside of the tumor bulk.

With recurrent GBM, it is valuable to distinguish whether the recurrence is multi-centric disease (having more than one center, a term often applied to tumors) or infiltrative disease extending from the original tumor. The addition of 5-ALA fluorescence has been identified as substantially increasing the probability of successfully achieving maximum resection.

“Multicentric disease can add a worse prognosis. Finding it during surgery is important and can influence the extent of resection,” says Mitchel S. Berger, M.D, one of the doctors who developed 5-ALA at the University of California in San Francisco.

Dr. Berger says that intraoperative use of 5-ALA “could be useful in all GBM cases.”

“The benefit of using a fluorescent marker is that it helps neurosurgeons see more accurately where the high-grade cancer is within the brain, in real time,” says Dr. Anthony Chalmers, chair of the U.K.’s National Cancer Research Institute, Clinical and Translational Radiotherapy Research Working Group and head of clinical oncology at the University of Glasgow.

He adds, “in treating cancer, we are trying to improve survival by tailoring treatments to each individual patient. This technique provides on-the-spot information to help surgeons tailor the operation according to the location, size and grade of the tumor. We know that patients who have near total removal of their tumor have better outcomes, so we are optimistic that, in the long term, these new data will help to increase survival times for glioma patients.”

Effective use of 5-ALA is one of multiple advances made in recent months in the battle against GBM, the deadliest form of brain cancer. The National Foundation for Cancer Research (NFCR) and its scientists, including Fellows Rakesh Jain, Ph.D., and Paul Fisher, M.Ph., Ph.D., and Scientific Advisory Board Chair Web Cavenee, Ph.D., have contributed greatly to the development of promising new treatments beyond surgery. Too the Global Coalition for Adaptive Research-sponsored study, GBM AGILE, an adaptive clinical trial supported by NFCR since its launch, in November onboarded its first candidate product, Bayer’s Stivarga (regorafenib).

Your ticket for the: “Pink Drink” to Aid Brain Tumor Treatment