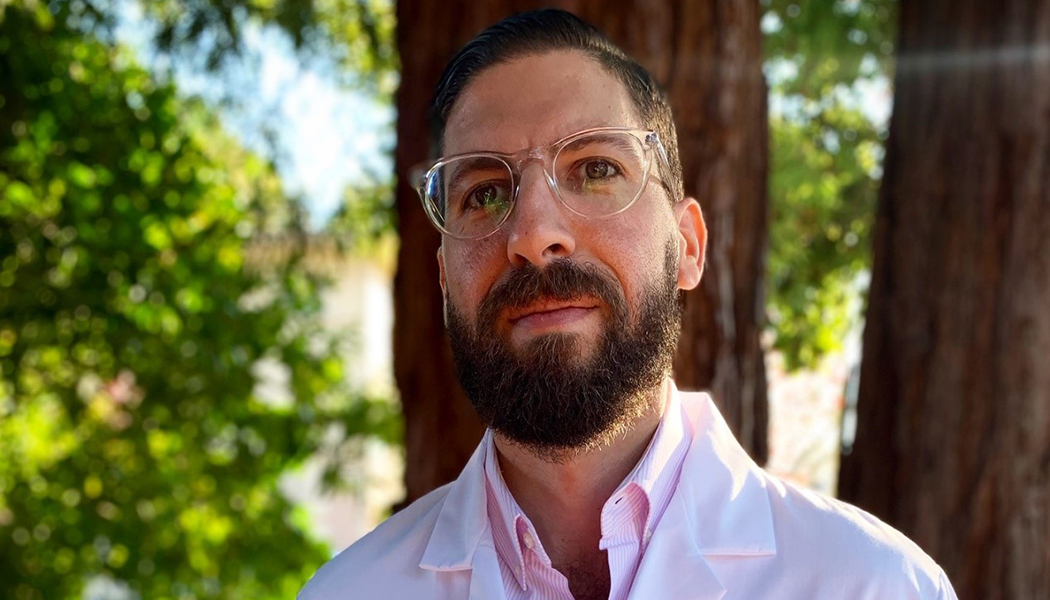 Dr. Joshua Mansour has spent his time in hospitals since he was a young teenager. In his middle school years, he volunteered in hospitals and clinics around his hometown of Los Angeles. His early passion for medicine led him to his current practice as an oncologist and hematologist who specializes in bone marrow transplantation and cellular immunotherapy research.

After completing his undergraduate studies at Vanderbilt University, Joshua attended and graduated from medical school at Ross University, where he narrowed down his interests to hematology and oncology. From there he began an internal medicine residency in Georgia, where he credits his newfound interest in oncology research. He became involved in clinical trials in addition to writing manuscripts for journals and grant-writing to fund research endeavors.

“I became interested in not only the patient care side of things, but the pharmacology of things, the pathology of things—every single aspect of oncology,” he says. “The whole realm of how I could help patients and what I could do in the field, I was exposed to in residency.”

After residency, Joshua continued his oncology research during a fellowship at the Medical University of South Carolina, where he worked on multi-institutional projects. Today, he is finishing up his last year of a fellowship at Stanford University, focused on bone marrow transplantation and cellular immunotherapy.

“All of my experiences have created the perfect storm for how I have landed in this field,” says Joshua.

Patients diagnosed with leukemia or lymphoma have different treatment options than other cancer patients. Receiving a bone marrow transplant is usually a final option when chemotherapy and radiation have failed. Having a bone marrow transplant is life-changing, Joshua states. He found himself attached to patients who had gone through rigorous treatment to no avail, and were facing their option of last resort.

“To be able to take [patients] from treatment through remission is something that really draws me towards this particular niche,” reflects Joshua. “Every day is a tough day for these patients. Having the ability to help them in a positive manner, even on their worst days, is by far the biggest victory.”

Joshua joins this field of research at an exciting time. The U.S. Food and Drug Administration has approved progressive immunotherapy treatments for cancer patients within the last two years. The treatment is less invasive and has fewer side effects. Cellular immunotherapy research continues to be conducted every day, and Joshua has had the opportunity to witness the expansion of treatment options for his patients and for him and his research team. In short, the future of targeted therapy looks bright.

“I believe in the next three or five years, we will continue to see a lot of progression in targeted therapy—therapy that is specific to cancer cells. These are medications that are getting approved at a fast rate,” Joshua explains. “Even in the last two years, we’ve made a lot of headway in the division of leukemia and lymphoma than ever before.”

Joshua is on a mission to spread awareness about new discoveries, active clinical trials, progressive treatments and general resources for cancer awareness. His favorite platform to share this information? Social media. He noticed that when patients are sitting in waiting rooms or doctors’ offices, they’re often on their phones skimming Facebook and Instagram timelines.

“On the first day of medical school, we were told that the use of social media was inappropriate. But I think they should be teaching people how to use social media to educate larger populations,” proclaims Joshua.

As long as social media platforms are used responsibly, they can be extremely helpful, he says. Doctors who share information are verifiable or credentialed—and can share trusted information to patient or family members that are new to cancer. Properly conveyed, social media can act as a free, accessible resource to a larger audience of people.

In a few weeks, Joshua will move on to his next adventure. And this time, that means going back to where it all started.

“I will be working for City of Hope in Los Angeles doing bone marrow transplants and cellular immunotherapy,” he says. “It has been a long journey. But, if you enjoy what you’re doing, it doesn’t seem long.”

References:
The National Foundation for Cancer Research, co-creator of Faces & Voices of Cancer, thanks Dr. Mansour for his Spring 2019 interview

Your ticket for the: Faces & Voices of Cancer—In Depth: Dr. Joshua Mansour