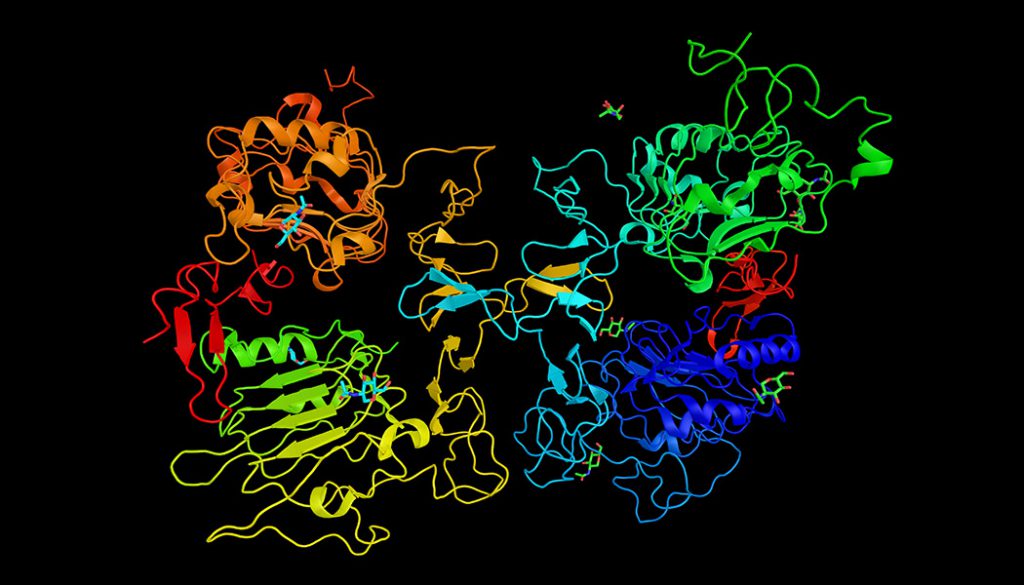 A Match Made Possible

A discovery by a team led by Massachusetts General Hospital’s Daniel Haber, M.D., Ph.D., a physician-scientist supported by the National Foundation for Cancer Research since 2003, now represents a source of hope for many patients with metastatic lung cancer. He and his colleagues correctly linked very specific epidermal growth factor receptor (EGFR) mutations to a particular subset of non-small cell lung cancer (NSCLC). This breakthrough has made it possible to identify patients who are far more likely to respond well to certain cancer-fighting drugs that block these very EGFR mutations. In 2015, the U.S. Food and Drug Administration (FDA) approved the drug Iressa as a front-line treatment for NSCLC patients with these specific tumor mutations that Dr. Haber had earlier identified.

Initially, Iressa (the brand name of the drug gefitinib) was approved for use by the FDA in 2003 as a treatment for NSCLC, broadly. This determination was based on clinical trials which showed a largely across-the-board, albeit modest, positive response rate. However, about 10% of patients had a rapid and often dramatic clinical improvement. The cause remained undetermined as to why these patients responded so particularly well, until Dr. Haber’s groundbreaking study, published in the New England Journal of Medicine in 2004.

“In 2003, Iressa was the first EGFR-tyrosine kinase inhibitor (TKI) for patients with non-small cell lung cancer. While some patients showed dramatic benefit, the research at that time did not enable us to identify those patients that would benefit the most from this treatment,” said Gregory Keenan, vice president of medical affairs and U.S. head medical officer of AstraZeneca, the company that developed the drug. “Today, our understanding of molecular mutations and molecular targeting has enabled better decision making in the treatment of NSCLC.”

In a normal state, EGFR allows cells to grow and divide at a regular rate. When a mutation causes there to be too many receptors, as happens in cancer, tumorous cells grow and divide uncontrollably. Research studies have shown that genetic mutations can predict whether certain types of drugs—like Iressa—can help treat cancers. The discovery by Dr. Haber’s team means that it is now possible to identify lung cancer patients who are most likely to benefit from Iressa specifically—a textbook example of targeted medicine.

When the oncology community hailed the findings as a breakthrough, it was more than just hype: NSCLC is the leading cause of death from cancer in the United States, amounting to over 80% of all lung cancers. Not counting skin cancer, lung cancer (both small cell and NSCLC) is the second most common cancer in both men and women. About 14% of all new cancers are lung cancers, and the death toll from lung cancer alone tops the combined mortality rates of colon, breast and prostate cancers. Chemotherapy slightly prolongs survival among patients with advanced stages of NSCLC, but at the cost of significantly adverse side effects.

“Chemotherapy is something of a blunt instrument,” explains Dr Peter Moodie, medical director of New Zealand’s Pharmaceutical Management Agency. “[Iressa’s] kind of targeting is becoming more common with cancer drugs and gives us greater certainty that the people receiving these treatments are the ones most likely to benefit. It also helps us target standard chemotherapy better since the evidence indicates that patients who do not have EGFR mutations actually do better on chemotherapy.”

Iressa and other drugs like it that target specific cancers are part of a paradigm shift in the medical community away from the one-size-fits-all cancer treatments done in the past, fueled largely by discoveries such as Dr. Haber’s that identify genetic signatures sensitive to particular drugs. In the future, doctors hope to tailor cancer drugs not only to a particular cancer, but to the particular patient. And NFCR will continue to support some of the cancer research community’s brightest minds and help make more advances like this possible.

Your ticket for the: Targeted Lung Cancer Therapy