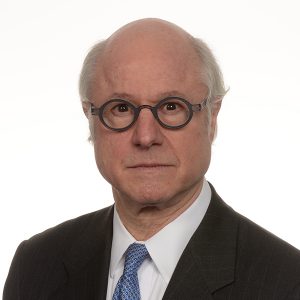 You wouldn’t think it, but the science cannot be denied: One of the newest and most promising drug candidates for cancer was actually developed all the way back in 1972. For malaria.

“There were some hints in the literature, but we were totally ignorant,” admits Curt Civin, M.D., whose work eventually found that a class of anti-malarial drugs called artemisinins helps suppress tumor growth and opened up a new therapeutic front in the treatment of leukemias.

The discovery that a drug developed for one ailment can be applied successfully to a wholly different condition is not unheard of in medicine. Such cases are the “happy accidents” of medical science, and because the U.S. Food and Drug Administration or other proper national regulatory bodies have already green lit them, their time lingering in the testing stages for other diseases is cut considerably. However, even today, there is no all-encompassing database that can automatically pair up “this” drug with “that” disease. It requires slogging through reams of studies to make connections.

Even Civin’s breakthrough was not done in a vacuum. Initially, he and his team were doing basic research on microRNAs, small snippets of RNA that once were thought to be “junk” but were in fact powerful agents of cell death. He found that when these microRNAs were absent in cancer cells, those cells grew more. When he reintroduced microRNAs into cancer cells, their dying was the result.

But it is not surprising that, if anyone, Civin made the link.

Currently the associate dean for research, founding director of the Center for Stem Cell Biology & Regenerative Medicine, and professor of pediatrics and physiology at the University of Maryland School of Medicine, Civin has dedicated his career to the treatment of pediatric cancers. He made headlines in 1984 with his discovery of CD34+ antibodies, used to identify and isolate blood-forming stem cells that are hematopoietic, the active cells in bone marrow transplants. The breakthrough opened new directions in research and accelerated the first successful stem cell therapy that was developed from basic research.

“Interestingly, these early blood-forming stem cells are the cells that ‘go wrong’ when you develop a leukemia,” Civin says, adding that it was this research that first revealed microRNAs that led to the cancer-artemisinin connection.

And it is with artemisinins that Civin, backed by funding from the National Foundation for Cancer Research (NFCR), embarks on his most ambitious challenge yet: Acute myeloid leukemia, or AML. A particularly vicious leukemia variant stemming from a number of genetic mutations, among patients younger than 60, roughly over 70% currently go into remission after a first round of chemotherapy, and the five-year overall survival rate is 26%.

Not helping is the less-than-thorough state of research into the disease. As Civin himself puts it, the disease science is “at the end of the beginning.” But his current project shows more than a little promise.

“The artemisinins we are studying look like they are active across several types of AMLs. Maybe not every case, but many cases, so they will be able to be combined with the drugs that are more restricted in their activity,” says Civin, explaining that a broadly-active drug like an artemisinin can be combined with more “targeted” drugs.

“We could do that repeatedly in several small subsets of cases,” he continues. “And that’s what we are working on now: Taking the artemisinins and finding new, targeted drugs that synergize their anti-leukemic activity against the certain types of AMLs that we now recognize. We are having nice success with that, and in mice we’re shrinking the tumor down to undetectable levels for a while. The challenge is still to shrink it down forever with these combinations.

“I am very grateful for the enduring support that the NFCR has provided for this translational research—and the spectrum of translational research—in my lab over decades,” says Civin. “And this is the kind of investment that government foundations and we all need to make, to get that long-lasting effect that we seek. Cures don’t develop overnight. The last step happens quickly, but all the groundwork takes a long time to build the foundations of.”

Your ticket for the: Artemisinin Therapies: Connecting the Dots