Delaney Snowden proves that, with dedication and determination, anyone can make a difference.

Snowden, a senior at The Key School in Annapolis, MD, is an avid athlete and diligent student. She plays field hockey and lacrosse, coaches and officiates youth hockey, and tutors students within the community. 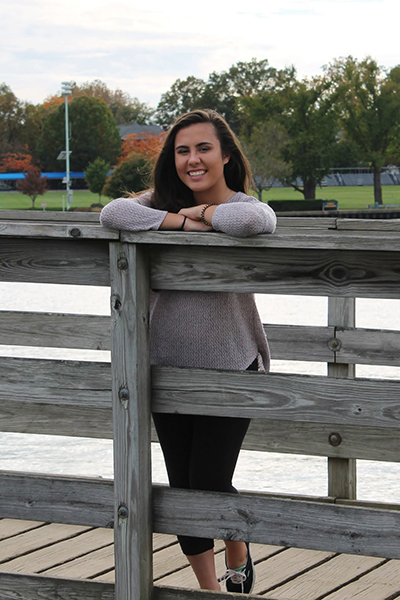 After learning about Play4TheCure in 2016, Snowden was determined to bring the program to her school.

“The problem for me,” Snowden remembers, “was that it was hard to get people buzzing about athletics.”

With a small student body, The Key School’s athletic program consists of only 200 people. Wondering how she could maximize advocacy and fundraising efforts with such a small athletic program, Snowden invited other sports to Play4TheCure. She persuaded the volleyball team, the field hockey team, the boys’ soccer team, and the girls’ soccer team to become involved, and so began the school’s Play4TheCure tradition.

Like many people, the students at The Key School have been touched by cancer.

“We named [the event] in honor of the former headmaster of the school, Marcella Yedid, who had died of colon cancer [in 2015],” Snowden reveals.

In addition to Snowden’s efforts, student-athletes play significant roles in coordinating their Play4TheCure events. Each team has the freedom to decide what type of cancer research to support and how to advocate and fundraise. During the 2018 Marcella Yedid Athletic Week, the field hockey team advocated for ovarian cancer, the soccer teams for breast cancer, and the volleyball team for leukemia.  In the past, teams have also supported colon cancer, childhood cancer, pancreatic cancer, and lung cancer research. 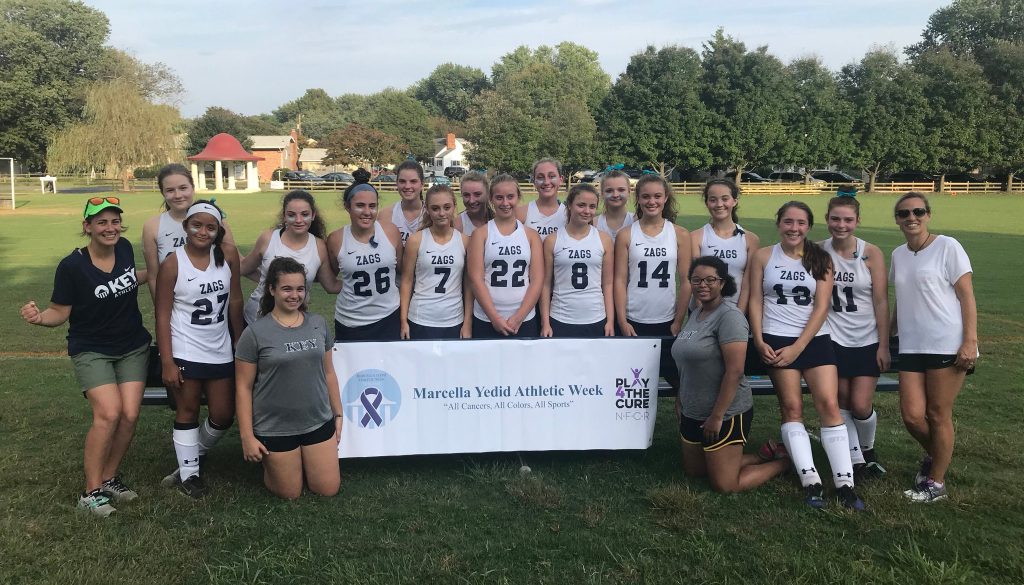 “Bake sales are a really good way to make money at school,” Snowden surmises. However, “there are a lot of social media advertisement and fundraising efforts [because social media] is a very important platform in today’s world.”

The days leading up to the event are busy and exciting. The boys’ soccer team prepares by sending emails encouraging the student body to attend. Their games typically have the highest attendance.

Snowden believes that the field hockey and volleyball games have the most energy. “I’d say those [games] have the best atmospheres,” Snowden recalls.  There are “lots of signs and posters and a lot of different displays of awareness. Each game is essentially a more hyped-up game with more energy because we’re playing for something other than a win or a championship.”

Snowden wants Play4TheCure to continue at The Key School after she graduates. “I hope it leaves people believing that they can make a difference,” she says. “I hope it can continue as a way for teams to bond and to connect over something bigger than a sport.”

Since establishing Play4TheCure at The Key School, Snowden has been instrumental in raising over $12,000 for cancer research.

Anyone can make a difference. Register your team for Play4TheCure today.

Your ticket for the: Student-Athlete Spotlight: Delaney Snowden