In Remembrance of Sanford “Sandy” Hillsberg 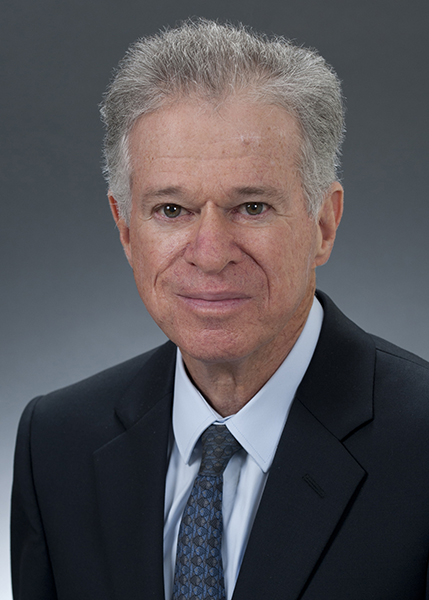 Every day, we are reminded of the impact our donors make on cancer research. We especially remember a uniquely special individual, Mr. Sanford “Sandy” Hillsberg, who passed away on February 19th and is being memorialized in a formal ceremony today.

There is a saying, “Being deeply loved by someone gives you strength, while loving someone deeply gives you courage.” Sandy was the embodiment of this sentiment, giving strength and courage to everyone he met. His legacy of kindness, generosity and passion for others will be remembered fondly, and his stature as a fighter will continue to inspire.

As a managing partner of the Los Angeles law firm TroyGould PC, Sandy focused on the life sciences and technology industries, where he represented many public and private companies in connection with their mergers and acquisitions, strategic alliances and corporate governance. His dedication to clients developing and supporting therapies, vaccines and medicines for cancer was deeply felt and appreciated.

Sandy co-founded and served on the board of directors of such biopharmaceutical and medical companies as Medco Research, Duska Therapeutics and ImmunoCellular Therapeutics, a cancer immunotherapy developer. He too served as chairman of Nacuity Pharmaceuticals and Galena Biopharma, a cancer vaccine company, and as a director of Lion Biotechnologies, a publicly-traded cancer therapy firm.

Sandy represented his community as a former commissioner of the City of Los Angeles and member of the board of governors of Cedars-Sinai Medical Center. He also actively funded cutting-edge cancer research as a trusted partner with us, the National Foundation for Cancer Research.

Everyone at NFCR is privileged to have known such an extraordinary man, who had such a profound love for those around him. Sandy believed in our mission—Research for a Cure. He understood that only through investment into research can cures be found. The Hillsberg Lung Cancer Translational Research Fund which he and Penny created is a testament to their compassion for others and their hope for a brighter future for cancer patients.

“Sandy had supported NFCR, especially Dr. Alice Shaw’s research on lung cancer, for almost ten years,” said Dr. Sujuan Ba, NFCR’s president and CEO. “He was very passionate and optimistic about finding better treatments to combat drug resistant issues which lung cancer patients encountered. In the Hillsberg Lung Cancer Translational Research Fund, he and Penny established a tremendously meaningful legacy. We are so saddened that we lost a kind friend, a generous donor and a passionate supporter for cancer research.”

“I have been so fortunate to receive support from Sandy and his wife over the last five years,” states Dr. Alice Shaw, an NFCR-funded scientist at Massachusetts General Hospital whose work was funded in large part by the Hillsberg family. “But even more important than the research support, it has been such a privilege to know and learn from Sandy, who was brilliant on so many levels and passionate about his causes. He touched so many lives and his loss will be felt deeply by so many of us.”

We will miss Sandy dearly, and are even more determined to continue his vision and dedication to those affected by cancer. Donations in his memory toward further research into the disease can be made here.

Your ticket for the: In Remembrance of Sanford “Sandy” Hillsberg

In Remembrance of Sanford “Sandy” Hillsberg