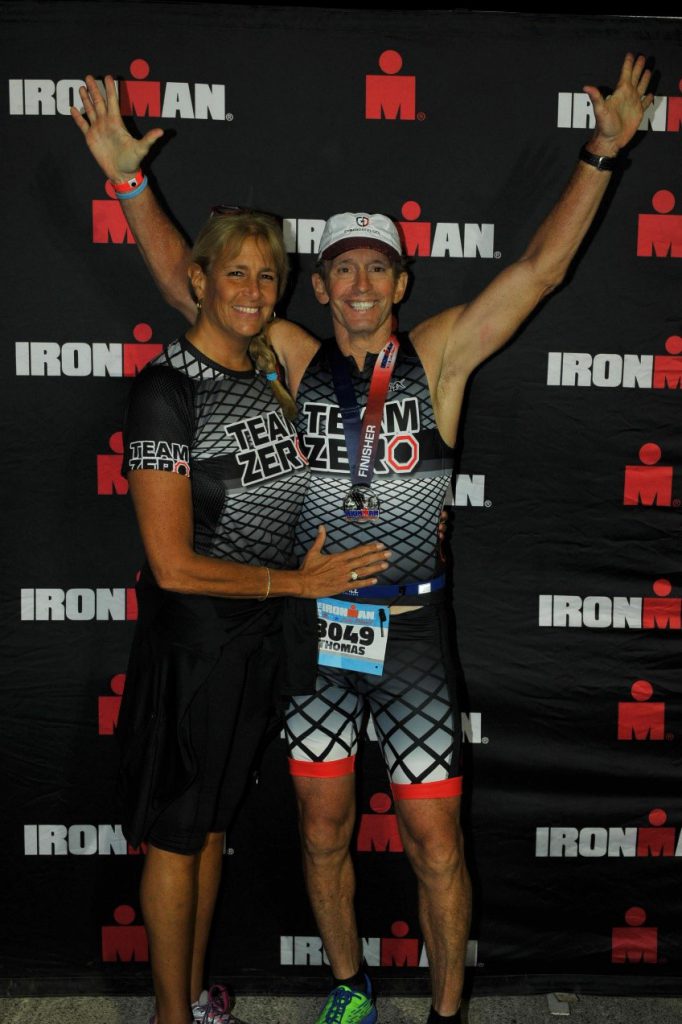 In February 2015, Tom Hulsey was celebrating his birthday—looking forward to another year and remembering the ones which had passed. The celebration was cut short though when he was given the news from his doctor: He had prostate cancer. The first step in his battle with cancer, he says, was to hold on to his winning mindset, to decide to live and inspire others no matter what challenges were presented in their lives. But that mindset did not come to him immediately.

Just a year before, Tom had lost a close friend, Bill, to cancer. He was, admittedly, scared—and shocked.

“Besides being in shock, I was embarrassed and ashamed with my diagnosis,” remembers Tom. “Other than family and a few close friends, I did not tell anyone. Basically, I took my journey alone. It took me 13 months after my diagnosis to go public.”

It was at that time, with his wife Lauren’s encouragement, that Tom published his first blog about his journey through cancer. He couldn’t believe the response by others—it touched lives around the world! And as the blog attracted more and more readers, Tom decided to publish his journey and details about the mindset that got him through it in his book, The Winning Mindset that Saved My Life. All net proceeds from the book go to cancer research and education.

“In retrospect, no one should take their cancer journey alone,” states Tom. “I almost didn’t fight it. But I developed the right mindset and that changed everything. I made the choice to shift my mindset from fear to determination.”

Tom is now on a mission to remind the public of how serious prostate cancer is.

Tom applies the skills and attitudes required to compete in an IRONMAN to his own life struggles. He tells a great story from his own account of going from an athlete absorbed with training and competition, and almost arrogant about his health, to a man devoted to helping and inspiring others.

Tom’s journey through cancer instilled his passion to help others battle cancer. He says that he has grown to appreciate the value of serving a greater cause other than his own self-interest and making a positive impact on humankind. Even on the worst days, he is reminded of the bigger picture.

“We tend to focus too much on the negative, so by looking at all the options, we can respond differently to the concerns fear instills in us,” Tom stresses.

After his cancer surgery, Tom completed two more IRONMAN competitions, including the World Championship in Kailua-Kona, Hawaii. He speaks of seemingly race-stopping challenges and self-doubt during the competitions, yet how he pushed through.

Tom has turned his life’s focus to education and advocacy. He is a board member of ZERO – The End of Prostate Cancer and a reviewer for the Prostate Cancer Research Program of the U.S. Department of Defense’s Congressionally Directed Medical Research Programs. He also leads exercise classes and provides emotional support for cancer survivors at the Baylor Scott & White Cancer Health and Wellness Center in Plano, Texas.

•           The National Foundation for Cancer Research, co-creator of Faces & Voices of Cancer, thanks Mr. Hulsey for his Fall 2018 testimonial

Your ticket for the: Faces & Voices of Cancer–In Depth: Tom Hulsey