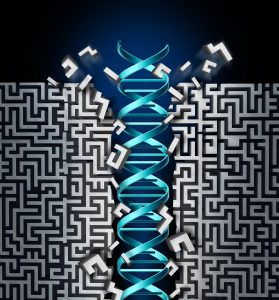 Cancer researchers at the Thomas Jefferson University in Philadelphia have zeroed in on a specific type of gene loss that sets off large-scale genetic changes that could make prostate cancer both resistant to treatment and more likely to spread. The discovery concerns the retinoblastoma (RB) susceptibility gene, the first “gatekeeper gene” discovered for cancer.

RB is a tumor suppressor gene whose dysfunction has been found in many cancers. Under normal circumstances, this gene restricts a cancerous cell’s ability to replicate DNA by preventing its progression from the first gap phase (the first of four stages of cell division) to the synthesis phase (where DNA is replicated).

Spearheaded by first author Christopher McNair, a graduate student in the laboratory of Dr. Knudsen, the study undertook an extensive analysis of tumor samples and cell-free DNA samples from patients with advanced, lethal-stage prostate cancer. The study is the first to identify the molecular consequences of RB loss and illustrate the clinical relevance of RB-loss-induced transcriptional rewiring. Existing methods exist to experimentally remove RB in order to study it, but how that gene’s loss triggered more aggressive cancers was not understood.

It was found that complete loss, rather than inactivation, of the RB gene was associated with changes in gene-networks closely linked to the aggressive disease. Surprisingly, the cancer-promoting program that RB-loss unleashed is distinct from the cell-cycle control genes that RB is best known for controlling. Multiple clinical trials are now underway in Philadelphia that will determine the impact of RB status as a means to guide more precise cancer therapy.

“Unlike breast cancer, all prostate cancers are currently treated in an identical fashion,” said William Kevin Kelly, leader of the Prostate Cancer Program at SKCC. “This discovery, and the clinical trials we have underway, suggest that RB status might be used as means to stratify patients into more effective treatment regimens.”

Your ticket for the: Genetic Breakthrough in Aggressive Prostate Cancer Research